The best spooky films to watch this autumn

The best spooky films to watch this autumn 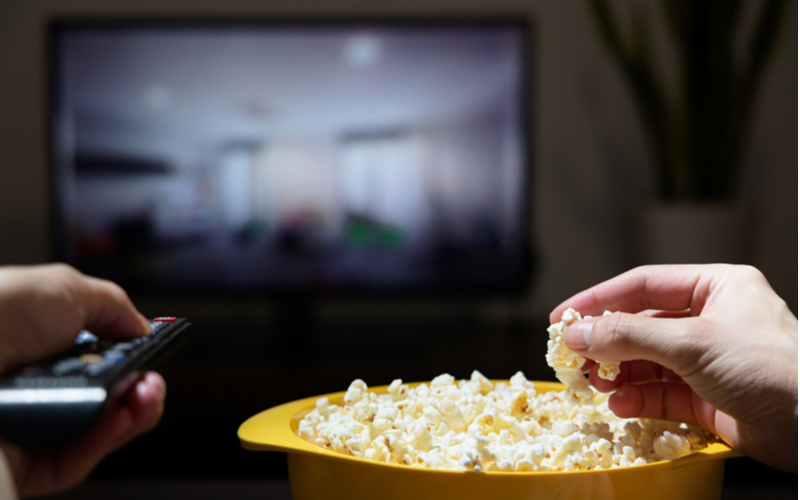 Are you ready for a night-in with a great film? With Halloween this month, putting on a spooky film, whether you want a family friendly flick or one that will mean you keep the light on at night, is a great option. We have some great suggestions for you try this autumn.

If you enjoy watching psychological horror films, this 2014 Australian film is a great choice. Premiering at the Sundance Film Festival, it received critical acclaim in the US and Europe. A single mother is dealing with the violent death of her husband, while her young son fears that there is a monster in their home. When they read a strange book in their house about the Babadook, a sinister presence can be felt in their home, despite attempts to get rid of the mysterious book. It stands out from other horror films for its ability to pull on your emotions and deliver a moving story at the same time as creating suspense.

Starring John Krasinski and Emily Blunt, A Quiet Place tells the story of a family struggling to survive in a post-apocalyptic world. Earth is now overrun by blind predators that have an acute sense of hearing – even the slightest of sounds can be deadly. As parents Evelyn and Lee search for a way to fight back, they need to protect their children in this original film. Released in 2018, it won a whole raft of awards and was nominated for an Oscar. If you enjoy watching A Quiet Place, the sequel, which has also received favourable reviews, is available now.

Coraline is the perfect family-friendly film for a movie night-in this Halloween. Based on the novel by Neil Gaiman, Coraline is an adventurous 11-year-old who finds another world similar to her own. At first, it appears that her discovery is exactly what she wants, but its sinister side soon become apparent, and she’ll need to be resourceful to make it back to her own family. The story is imaginative and just scary enough to capture the attention of children without being too much.

The Halloween franchise has become synonymous with this time of the year. The 2018 Halloween is the 11th instalment of the series, with two more films coming out in 2021 and 2022. It acts as a direct sequel to the 1978 film, with Laurie Strode preparing to face murderer Michael Myers 40 years after she survived his killing spree. It’s a classic slasher film that goes back to basics to deliver an effective reboot to the franchise.

If you’d prefer something more light-hearted and suitable for the whole family, The Addams Family from 1991 is a great option. Based on the New Yorker cartoon by Charles Addams, this black comedy features the well-known characters of Morticia, Gomez, Wednesday, Pugsley and Thing, and follows their adventures as con artists attempt to fleece the family by pretending to have uncovered a long-lost uncle. A sequel, Addams Family Values, followed up two years later. Alternatively, a computer-animated film of the same name was released in 2019.

Released in 1976, The Omen is a classic Halloween film. Robert is the US Ambassador to Great Britain and when his wife Katherine has a stillborn child, he agrees to take a healthy newborn whose mother passed away in childbirth. But mysterious deaths and an ominous warning lead Robert to believe that the child, Damien, is the antichrist. It’s a chilling film filled with suspense. The film led to three sequels and a remake of the same name in 2006, so there’s plenty of options for filling the autumn evenings.

Finally, Hocus Pocus is a 1993 fantasy comedy that’s ideal for families. When a teenage boy inadvertently resurrects three villainous witches 300 years after they were executed, they have one night to secure their existence. But can they cast the spell they need before sunrise? Hocus Pocus has become something of a cult classic, so much so that there is planned sequel for 2022. If you want to avoid jumps and frights while still getting into the Halloween spirit, this is the ideal film to put on.