City of Culture: The 2025 bids and why they’re worth a visit

City of Culture: The 2025 bids and why they’re worth a visit 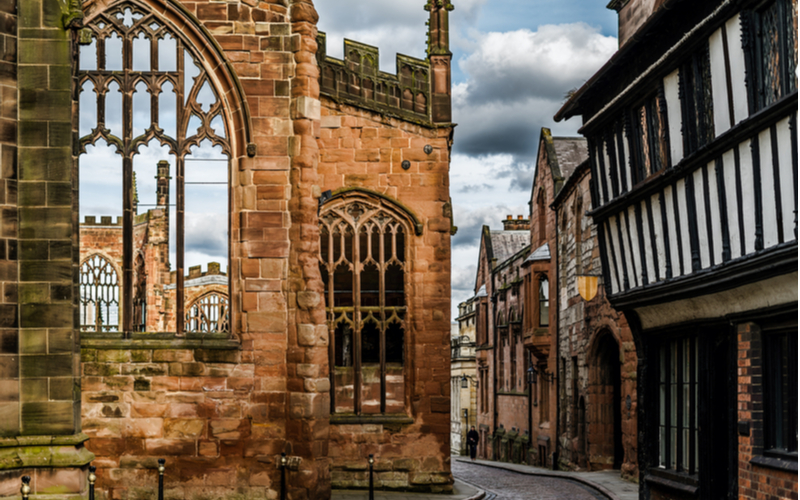 If you’re looking for a new place to visit in the UK, the City of Culture designation could help you find a new urban place to explore. The current host is Coventry, but five cities have already declared their bid for 2025.

The government introduced the City of Culture designation after Liverpool was named the European Capital of Culture for 2008. The title brought social and economic benefits to the area. The redevelopments and events were a success, which led to the creation of the UK City of Culture to provide similar kickstarts to other cities.

A city is given the designation every four years and includes a list of possible core events run by organisations ranging from the Poetry Book Society to the Heritage Lottery Fund.

In 2013, Londonderry in Northern Ireland was the first place to be named a UK City of Culture. During the year, the city’s tourism infrastructure underwent a makeover that has continued. It’s led to more tourist-focused attractions, big events, and visitor numbers increasing.

Hull received the designation in 2017, kickstarting the celebration with a series of sound and light installations that attracted hundreds of thousands of visitors. In a follow-up report, the BBC found that Hull’s status had attracted more than five million people, £220 million of investment, and 800 new jobs.

This year, the baton has passed to Coventry. After several delays due to Covid-19, the opening ceremony was in June and events include hosting the Turner Prize in January 2022 and a 24-hour long piece of theatre called Faith taking place in September. It’s hoped the designation will provide Coventry with an opportunity to boost investment, grow tourism, and encourage the arts.

So far, five cities have declared their bid for 2025 and they all offer something that makes them worth a visit.

Located west of Leeds, Bradford sometimes gets overshadowed by the larger city but that doesn’t mean it lacks cultural attractions.

The city boomed in the industrial revolution as an international centre for textile manufacture, leading to the nickname “Wool City”. Following deindustrialisation, the city declined but it still has a rich history and culture to explore today. Among the top attractions is the National Science and Media Museum, which boasts eight floors of free galleries, including the interactive Wonderlab, as well as temporary exhibits. Other places to explore in Bradford include the Bronte Parsonage Museum and Saltaire Village.

There have been settlements in Chelmsford since the Neolithic period, but today it’s often home to commuters thanks to its connections to London.

When visiting the city, the cathedral is a great place to start. Originally built in the 13th century, it’s been rebuilt several times, most recently in the 1500s. From here, you’re a walk away from the Chelmsford Museum where you can find out more about local history and industry, starting with Ice Age mammoth bones up to the second world war. Other attractions include the Royal Horticulture Society Garden Hyde Hall and Ingatestone Hall.

Medway Council leader Alan Jarett launched the City of Culture bid after saying it was an opportunity to increase the recognition of the area. Located in Kent, Medway includes several natural areas that are Sites of Special Scientific Interest, as well as conservation areas.

For visitors to the area, it’s worth adding the Royal Engineers Museum, Fort Amherst, and the Historic Dockyard Chatham to your itinerary. The area is also where Charles Dickens spent his childhood years, which greatly influenced his writing. You can spot beautiful buildings that the author visited or take a free guided tour run by the City of Rochester Society to walk in his footsteps.

Famous for its port, Southampton offers plenty of things to see and do. Unsurprisingly, the SeaCity Museum, which tells the story of Southampton and its connections to the Titanic, is one of the top attractions in the area. It’s a great place to learn more about the city.

As well as history, many art attractions are worth visiting, including Southampton City Art Gallery, John Hansard Gallery, and Solent Showcase Gallery. As well as seeing work from world-class artists and locals alike, you can also get involved in talks, workshops, and masterclasses.

Cornwall might already be a tourist hotspot, but it’s often the stunning beaches that receive attraction rather than its cultural heritage, but it has a lot to offer.

One of the most famous spots is Tintagel Castle, which is steeped in legend and tales of King Arthur. The dramatic coastal castle will immerse you in history and myths. Other places worth a visit include Tregony Gallery, which showcases traditional Cornish art, the Eden Project, and Bodmin Jail.

The designated city for 2025 is likely to be announced later this year, providing three years to put together plans to showcase the city as a cultural centre.