Balancing debt: What should you pay off first?

Balancing debt: What should you pay off first? 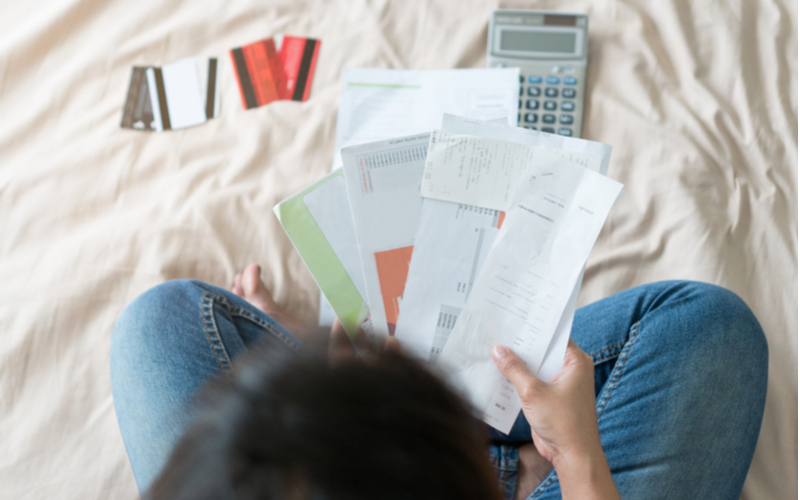 Social distancing restrictions means UK households are saving more. But with interest rates low, they’re getting little in return for saving. If you have debts, using some of the money to pay these off quicker could make more sense.

According to Moneyfacts, the UK savings ratio is rising. In the first three months of 2020, UK households saved 8.6% of their disposable income. This compares to 5.4% in the same period last year. As a result, deposits into accounts by households increased by a record £25.6 billion in May.

Increasing savings when you’re in a position to do so is a good habit. However, it’s important to weigh up your options to ensure you’re getting the most out of your money. Low-interest rates mean savings are unlikely to be keeping pace with inflation. In contrast, if you have some debts, the interest that you’re paying on them is likely to be far higher. Reviewing debts can help you decide which ones you should be paying off first.

Why do interest rates matter when reviewing debts?

If you have some form of debt, you’re not alone. According to The Money Charity, at the end of August 2020, people in the UK owed £1,684 billion. The average debt per household, including mortgages, is £60,526.

Debt isn’t necessarily bad. Most of us wouldn’t be able to buy a home without taking out a mortgage and products such as credit cards and loans can be incredibly useful. But debt needs to be managed and understanding interest rates are important for reducing the cost of borrowing.

According to The Money Charity data, the average person pays £865 in interest each year. This is the equivalent of 3.02% of average earnings. Across the UK that adds up to a staggering £124 million per day.

Paying attention to interest rates could save you money now and in the long term.

Let’s say you decide to take out a £10,000 loan to fund home renovations that you will repay over 48 months. The Annual Percentage Rate (APR) will have an impact on how much it will cost you to borrow the money.

In most cases, short-term borrowing has the highest level of interest rate. This may be credit cards, overdrafts and short-term loans. In contrast, long-term borrowing options, like your mortgage, are more likely to be competitive. However, you should review your own finances to see where you can make the biggest savings.

If you have enough income to do so, overpaying your debts can make financial sense. Overpayments will go directly towards reducing the amount you owe rather than a portion being used to pay the interest accrued. So, you save money and pay off the debt quicker by overpaying where possible.

The higher the interest rate, the more you’ll benefit from overpaying, both in terms of how quickly the debt is reduced and the amount of money you save.

Overpaying can save you money in the long run and free up your income in the future to save or spend on other areas of your life. However, you should always check if your borrowing agreement comes with an early repayment fee. This could negate the money you’d save in interest.

What about student loans?

Student loans are often talked about as a form of debt, but they work differently to a traditional loan. For many people, it isn’t worth paying off their student loan debt or lending a helping hand to help children pay off theirs.

This is because of how student debt is repaid. Rather than having to make regular payments until the debt is paid off, the repayment is taken directly out of a worker’s pay. This only happens when they are earning above a certain amount and is a percentage of their salary. In this way, repayments operate more like an additional tax rather than a debt.

What’s more, student debt is written off after 30 years. Most graduates will never pay off the full amount borrowed. As a result, servicing other debts and creating financial stability often makes more sense than overpaying student loans.

Making a plan after the debt is repaid

Once debts are repaid, you’ll have more disposable income. Just as important as repaying the debt is thinking about what you want to achieve with this additional money. You may decide that you want to spend it to improve your current lifestyle. However, saving or investing the money could help it grow further and improve financial freedom later in life. To discuss your long-term financial plan, please contact us.

Please note: This blog is for general information only and does not constitute advice. The information is aimed at retail clients only.