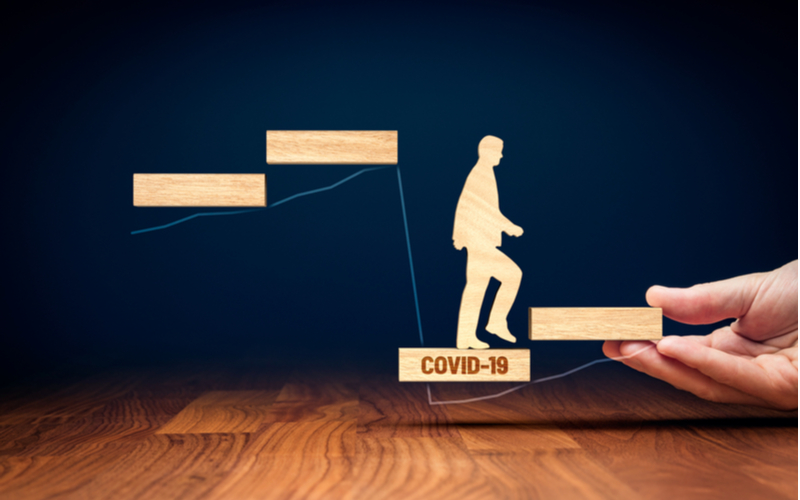 Back in July, Chancellor Rishi Sunak announced a second range of measures designed to protect the economy through the Covid-19 pandemic.

His next update was scheduled to be the Autumn Statement in the coming weeks. However, given the newly imposed Covid-19 restrictions and economic uncertainty, the Budget has been cancelled.

In a statement sent to the BBC, a spokesperson for the Treasury said: “As we heard this week, now is not the right time to outline long-term plans – people want to see us focused on the here and now.

“So, we are confirming today that there will be no Budget this autumn.”

Instead, on Thursday 24th September, the Chancellor unveiled his winter economy plan, setting out the next phase of the economic response to the Covid-19 pandemic.

Introducing his new measures, the Chancellor acknowledged that the virus will be a fact of life ‘for at least the next six months’ and so the economy will need ‘a more permanent’ adjustment.

The Chancellor announced the Coronavirus Job Retention Scheme, dubbed the ‘furlough scheme’, in March just as the scale of the pandemic was becoming clear. The aim was to prevent a rise in unemployment when businesses were forced to shut down to slow the spread of Covid-19.

The furlough scheme initially paid 80% of the wages of workers that were unable to work, up to a maximum of £2,500 per month. As the economy reopened, employers had to pay 10% of the wages of those on furlough and workers could return part-time, with the government making up the hours not worked.

With the furlough scheme ending at the end of October, the Chancellor was keen to continue to support at-risk jobs.

A new Job Support Scheme means that the government and employers will jointly cover the cost of those having to work fewer hours. Under the scheme, businesses will have the option of keeping employees in a job on shorter hours, rather than making them redundant.

To be eligible for the scheme, an employee will have to work a minimum of 33% of their hours, in order that the scheme only protects ‘viable’ jobs.

For the remaining hours not worked, the government and employer will each pay one-third of the employee’s wages. It means that employees working 33% of their hours will receive at least 77% of their overall pay.

The scheme will begin on 1 November 2020 and last for six months. 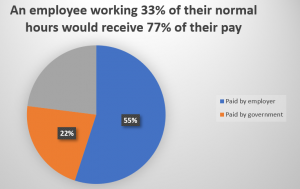 It’s important to note that, while all small and medium-sized firms are eligible, large firms are only eligible if their turnover has fallen in the pandemic.

The Job Support Scheme can also be used in conjunction with the Job Retention Bonus that the Chancellor announced in his Summer Statement.

CBI director-general Carolyn Fairbairn says: “These bold steps from the Treasury will save hundreds of thousands of viable jobs this winter. It is right to target help on jobs with a future but can only be part-time while demand remains flat.”

An extension to the Self-Employed Income Support Scheme

The Chancellor has been keen to provide the same support to self-employed workers as to employed staff.

In his statement, he revealed that he would extend the Self-Employed Income Support Scheme to 30 April 2021, although at a much-reduced rate.

The extension will support viable traders who are facing reduced demand over the winter months, covering 20% of average monthly trading profits through a government grant.

Sunak announced that, under his Pay as you Grow Scheme, he will offer more than one million businesses, which have borrowed under the Bounce Back Loan Scheme, the choice of more time and greater flexibility to make their repayments.

For example, businesses can now extend their loans from six to ten years, and businesses can choose to make interest-only repayments – or suspend repayments for up to six months – without affecting their credit rating.

Lenders who have been enabled to offer the Coronavirus Business Interruption Loan Scheme will also offer borrowers more time to make their repayments where needed.

The Chancellor also extended the application deadline for all coronavirus loan schemes – including the future fund – to the end of 2020.

Sunak announced that businesses who deferred their VAT this year will no longer have to pay a lump sum at the end of March 2021.

Instead, they will have the option of splitting it into smaller, interest-free payments over the course of 11 months. This will benefit up to half a million businesses.

The Chancellor also announced that any of the millions of self-assessed income taxpayers who need extra help can also now extend their outstanding tax bill over 12 months from January 2021.

In his Summer Statement, the Chancellor reduced the VAT rate applicable to hospitality businesses from 20% to 5%.

In his address, Sunak announced that he will extend this VAT cut to the end of March 2021. Sunak says that this will continue to support more than 150,000 businesses and protect 2.4 million jobs.

If you have any questions about how these measures might affect you or your business, please get in touch.