What we can learn from the Woodford fund suspension

What we can learn from the Woodford fund suspension 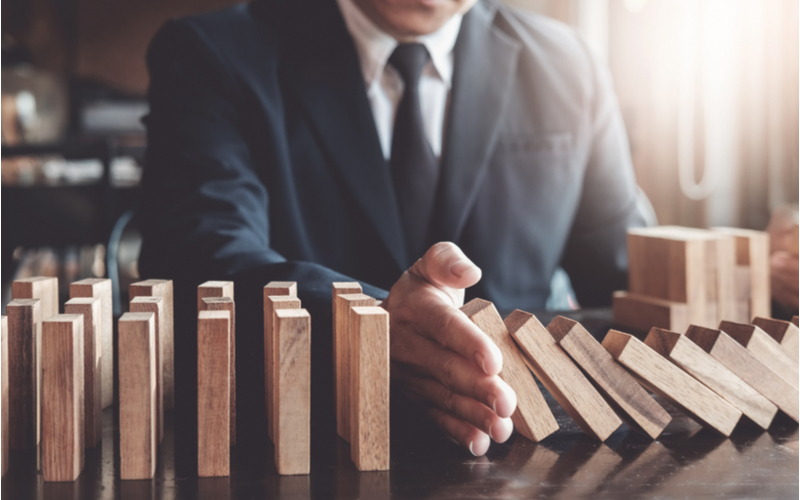 Fund manager Neil Woodford has been making headlines for all the wrong reasons recently after suspending withdrawals from his flagship Equity Income fund. Unsurprisingly, it’s caused concern among investors, whether they held cash in the fund in question or not, but there are some things that can be learnt from it.

What happened with the Woodford Equity Income fund?

During his time at investment managers Invesco, Neil Woodford built up a stellar reputation for picking out investment opportunities that outperformed the market. He avoided the worst effects of the dot-com bubble in the 90s and the 2008 financial crisis. It led to Woodford being considered one of the UK’s best fund managers and described as having a ‘Midas touch’ in the press.

In 2014, Woodford launched his own investment management firm, with the Equity Income Fund following in 2017. It’s this fund that suspended withdrawals recently.

Two years ago, the fund value was around £10 billion. However, following a period of underperformance, it stood at just £3.7 billion when withdrawals were suspended on 4th June 2019. The decision was made following a large number of investors withdrawing money, jeopardising the manager’s ability to run it effectively. Initially, the suspension was implemented for 28 days, though has been extended.

The fortunes of Woodford’s fund highlight the complexities of investing and serves as a reminder for some of the essential lessons you should keep in mind when investing.

1. Make sure investments are right for you

The Woodford Equity Income Fund was often promoted as an excellent investment opportunity in the press, but that doesn’t mean it’s right for you. Your individual circumstances should play a critical role in deciding where to place your money.

Research looking at the Woodford fund highlights this perfectly. Since 2017, the fund had a risk profile of eight out of ten, with a volatility level that matches the risk profile of just 3% of investors. As a result, it’s likely that a significant portion of those with holdings in the Equity Income Fund are invested in a product that isn’t appropriate.

2. Regularly check the position of funds

In financial planning, we often mention how important it is to ensure your plan reflects changes in your lifestyle and aspirations. Funds are just as likely to change too. It may mean that investments that were suitable two years ago need to be reconsidered. Looking at the position of investments, including those held through funds, should be considered an essential part of your overall financial plan.

An investigation by the Sunday Times found the position of the Equity Income Fund has shifted significantly since launch. In March 2019, less than 20% of the assets held were in FTSE 100 companies. This compares to the 50% it held initially as Woodford pursued investing in smaller firms. This changed the risk profile of the fund.

First, when you invest you should expect some volatility to occur and hindsight is a wonderful thing. However, the Woodford fund had been experiencing losses and underperforming for two years prior to the suspension, so lower than hoped values shouldn’t have come as a complete shock for investors.

Regularly evaluating the performance of your investments is a crucial part of getting the most out of your finances. Of course, a dip in investment values doesn’t immediately signal that you should start making withdrawals. It’s a decision that should look at your long-term goals and many other factors.

4. Don’t put all your eggs in one basket

Consistently outperforming the market is impossible, even for professional fund managers. As a result, spreading your money across several different investments, with various risk profiles, is important for managing market volatility. By placing your investable assets in more than one fund or alternative options, you can minimise the impact downturns will have.

Following the Woodford suspension, you may have seen stories in the press about affected investors that have had to change short-term plans. This can be distressing and may impact financial security in the long term too. However, you should only invest with a long-term time frame in mind, typically a minimum of five years.

A longer investment period affords you a greater opportunity to ride out dips in the market. When you create an investment portfolio you should plan for downturns and short-term volatility.

6. Understand the associated risks of investing

It can be easy to forget that investments come with risks when your assets have been performing strongly. Despite this, all investing does come with some level of risk and, as a general rule of thumb, you shouldn’t invest money that you can’t afford to lose. Over the long term, investments have historically delivered, but exceptions do happen and that’s not something that should be forgotten. Investment risk can be managed and should be tailored to you, but it’s still important to keep in mind potential losses when making a decision.

If you’re worried about the recent withdrawal suspension of the Woodford Equity Income Fund and would like to review your investment portfolio in light of this, please contact us.