Autumn Budget 2018: Everything you need to know

Autumn Budget 2018: Everything you need to know 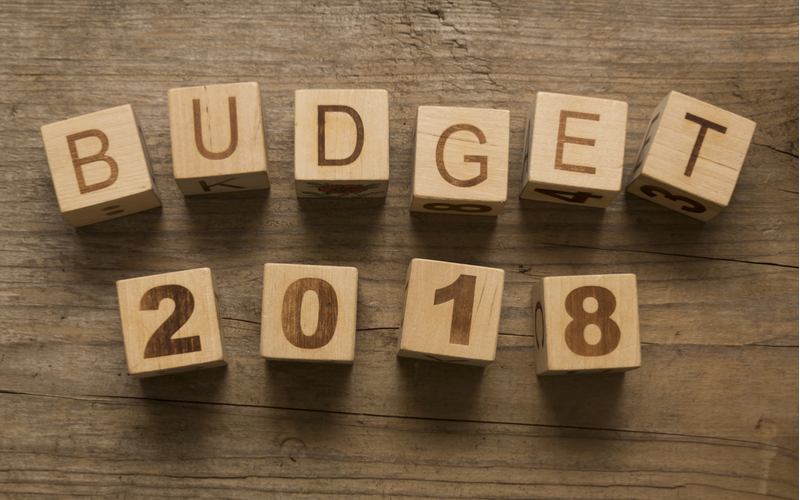 Just after 3.30 pm today the Chancellor, Philip Hammond, stood up to deliver the first Budget on a Monday since 1962 and the last before Brexit.

He started by saying this would be a Budget for “hard-working families … who live their lives far from this place … and care little for the twists and turns of Westminster politics”.

Nevertheless, he soon turned to Brexit although, as usual, he started with a review of the state of the UK economy.

The economy and public finances

He also reported that the OBR predicts real wage growth in each of the next five years.

The Chancellor said we are at a “pivotal moment” in the Brexit talks with a deal leading to a potential “double Brexit dividend”.

However, he also went on to say that amount spent on ‘no deal’ planning will be increased to £2 billion. He also made it clear that the Spring statement might be updated to a full Budget, depending on the Brexit outcome.

It was announced in October that fuel duty will be frozen for the ninth consecutive year.

Tobacco duty will rise by an amount equal to inflation plus 2%. However, beer, cider (except white cider) and spirits duty will be frozen for a year. Duty on wine will rise in line with inflation.

Mr Hammond announced that the National Living Wage will be increased, rising from 4.9% from £7.83 to £8.21 from April 2019. He said this would benefit around 2.4 million workers.

The Chancellor bought forward a manifesto commitment announcing that from April 2019 the Personal Allowance (the amount you can earn before you start to pay tax) will be raised to £12,500 and the higher-rate threshold to £50,000.

He said this was equivalent to £130 “in the pocket of a basic rate taxpayer”.

He also reconfirmed his commitment to an individual’s main residence remaining exempt from Capital Gains Tax (CGT). However, he announced a reduction from 18 to nine months in the period a home continues to qualify for CGT relief once the owner has moved out.

In a relief for many small business owners, the Chancellor announced that VAT threshold will remain unchanged for the next two years.

The Chancellor announced a further £1 billion over five years to help with the transition as existing welfare claimants move to Universal Credit.

Mr Hammond announced that the number of first-time buyers was at an 11-year high.

No other changes to Stamp Duty were announced.

He also announced a further £500 million for the Housing Infrastructure Fund to support the building of 650,000 new homes.

Despite the usual pre-Budget speculation, the Chancellor made no mention of pensions in the Budget.

There had also been some people who suggested the Chancellor would make changes to Lifetime ISAs (Individual Savings Accounts). However, nothing was mentioned in his speech about Lifetime ISAs, or indeed any other type of ISA.

However, it has subsequently been confirmed that the maximum annual ISA subscription will remain unchanged at £20,000.

While not in the speech, it has been revealed that the minimum investment for Premium Bonds will be reduced £25 from £100.

Furthermore, other people not just parents and grandparents will be able to purchase Premium Bonds for children under 16.

The Chancellor said a package of measures would show that Britain is “open for business.”

The most headline-grabbing of these was perhaps a new Digital Services Tax targeting established tech giants. Mr Hammond was keen to point out this would not be an online sales tax stating it would only be paid by profitable companies with a worldwide turnover of at £500 million.

Starting in 2020 he said it would be expected to raise over £400 million per year.

Turning to smaller businesses, the Chancellor announced that business rates for businesses occupying commercial properties with a rateable value of £51,000 or less will be cut by a third over two years.

He also announced a new £695 million initiative to help small firms hire apprentices with the amount they pay being cut by 50%.

Health and education (England only)

The Chancellor confirmed the injection of capital into the NHS announced by the Prime Minister earlier this year describing it as a £20.5 billion real terms increase for the NHS.

He also announced at least £2 billion per year, by 2023/24, of extra funding for a new mental health crisis service.

At the same time, he announced a one-off £400 million for schools to help them pay for “the little extras they need”. Mr Hammond said that would be the equivalent of £10,000 for every primary school and £50,000 per secondary school.

Finally, a new tax on packaging which contains less than 30% recyclable plastic was announced. Although the Chancellor resisted the temptation to impose a direct tax on single-use plastic cups.

If you have any questions about the Budget and how it might affect you please do not hesitate to get in touch.