Generous grandparents – The bank that likes to say ‘yes’

Generous grandparents – The bank that likes to say ‘yes’ 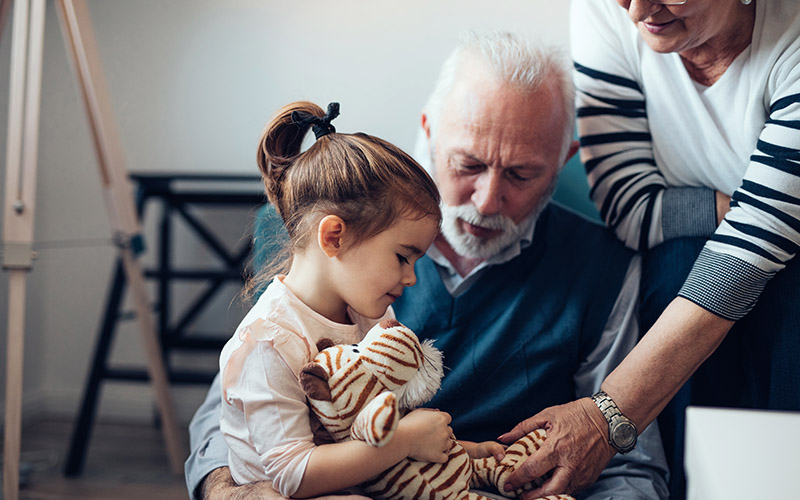 Open-handed grandparents are willing to give away substantial amounts to their grandchildren, whether from their pensions, savings or wages, with the average grandparent having already spent £1,633. More than one in 20 (6%) have given gifts of more than £10,000.

Pension savings are used to help with a wide range of things, from helping grandchildren get on the housing ladder (21%) and other high-ticket items like university fees (20%) or cars (17%). A similar number would help out with more day-to-day expenses like bills (21%) and hobbies (19%).

Grandparents often view the financial gifts they make as a ‘living inheritance’, with more than a third (37%) wanting to be around to see their grandchildren enjoy the money[3].

Its heart-warming to see grandparents so willing to help out their grandchildren both day-to-day and with large ticket purchases. With one in five using their pension to help out, it’s important these kind individuals plan for their retirement and have enough money left for themselves, as even smaller outgoings like bills can become harder to meet later in life, as well as the flexibility to access it.

The generosity of grandparents in Britain is clear to see, and it is great that so many feel comfortable enough to be able to help out their family and plan to continue doing so. However, the average retirement is now much longer than past generations, and people’s lifestyle and associated costs are likely to change over this period.

Source data:
[1] According to ONS Population Pyramid, there are 49,533,900 people aged over 18 in the UK. The research found that 39% of a sample of 2,002 adults were grandparents, indicating there are 19,318,221 grandparents in the UK. 56% of grandparents have helped or plan to help their grandchildren, and 22% of these would use their pension to do so. Therefore, 2.38 million grandparents have helped or plan to help their grandchildren, using their pension.
[2] According to research carried out by Opinium Research on behalf of LV=, 25% of grandparents have already taken money from their pension to give to their grandchildren.
[3] Statistics from research carried out on behalf of LV= by Opinium Research in June 2014 (total sample size = 2043). The press release for this research was issued on 20 June 2014.
The research was carried out by Opinium Research from 13–16 October 2015. The total sample size was 786 British grandparents over the age of 30, and the survey was conducted online. Results are weighted to a nationally representative criteria.